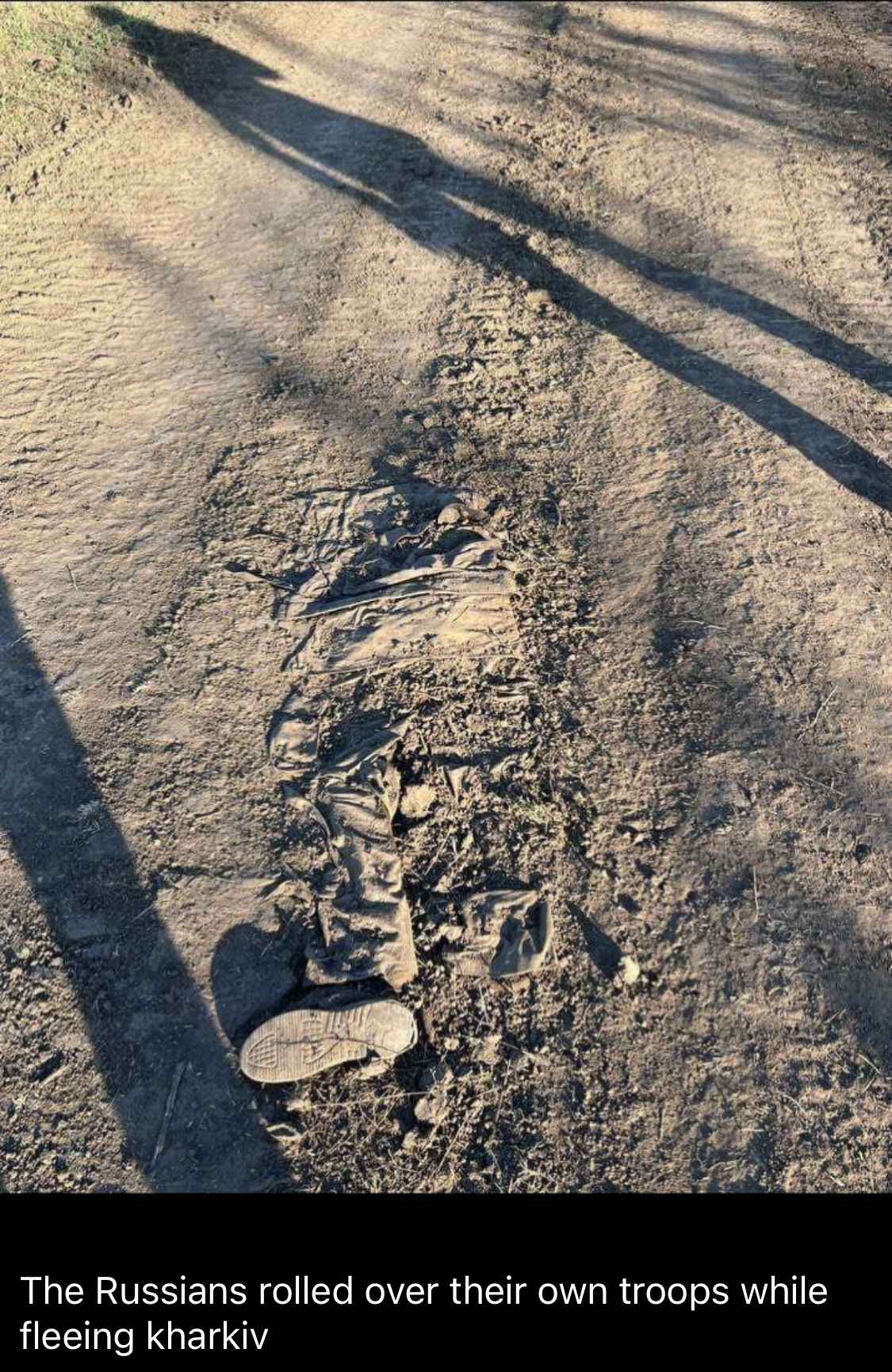 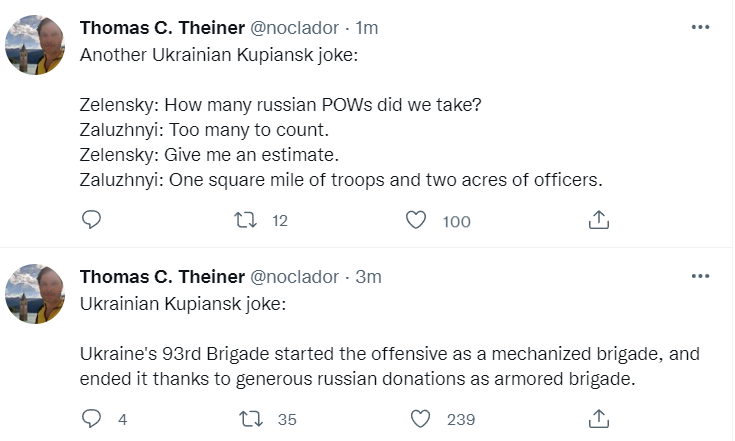 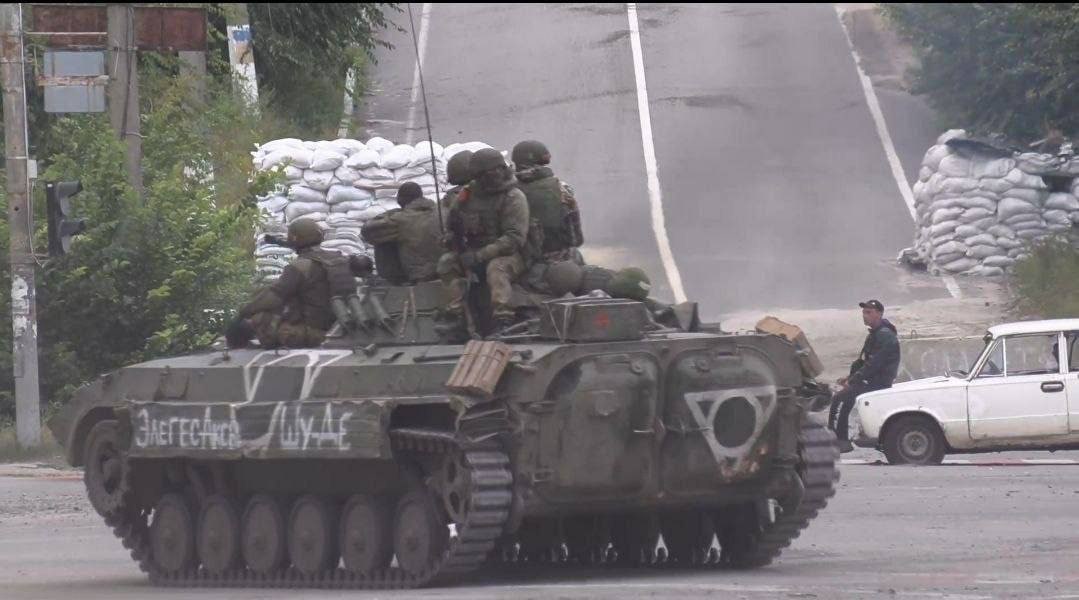 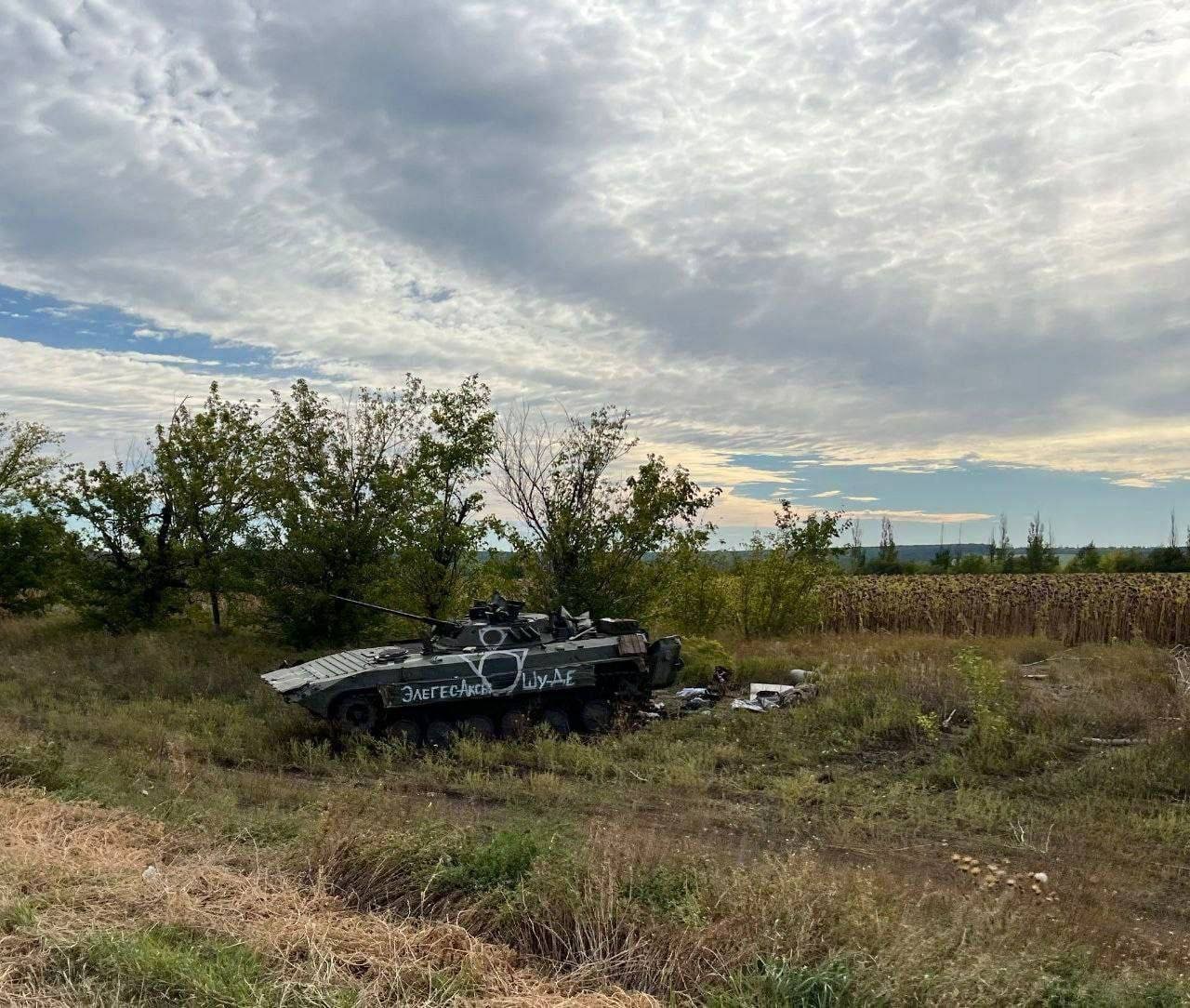 The atmosphere in the tape is unhealthy. People pull anything, any information about successes, believe in anything – Lysychansk, DAP, Svatovo. Let’s be clear. We broke through the enemy’s defense line in the Kharkiv region, split the group into pockets and destroyed its rear, forced it to withdraw to save its troops. Now he will regroup and strengthen the troops that he withdrew in a more promising direction – in fact, the Luhansk and Donetsk regions. The same Lysychansk, Donetsk, Svatov. The way we will fight already in new (old) areas does not flow from our successes in the Kharkiv region. Yes, as long as the enemy’s defense in the north of the Luhansk region is not organized, we can try to extend the successes there, but this is not the same pace as when we destroyed the enemy’s rear in the Kharkiv region on 06-07.09. For example, we did not manage to take Liman “out of turn” while the enemy was panicking. There are successes in the direction, but the enemy did not get lost and kept the corridor from under Izyum. Calm down, please, and calm your thirst for success. The operational space is currently being reshaped, and our success here and now is not guaranteed. Monitor the situation more carefully and browse suspicious information less.

Penis Dushilin, "head" of the Donbas occupation, records a public address while probably fleeing from Donetsk. Translation and subtitles mine. pic.twitter.com/adOQYVGDr8 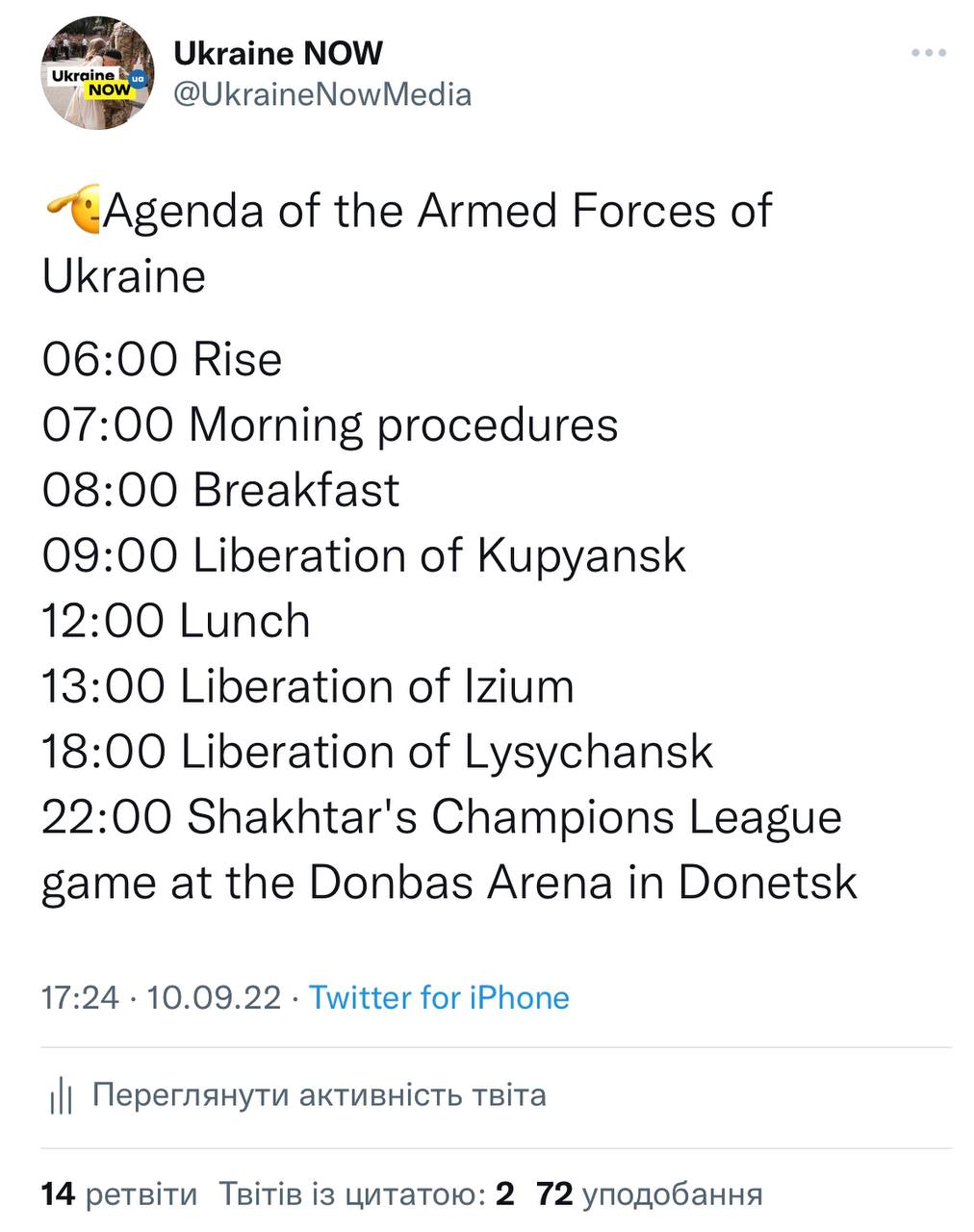 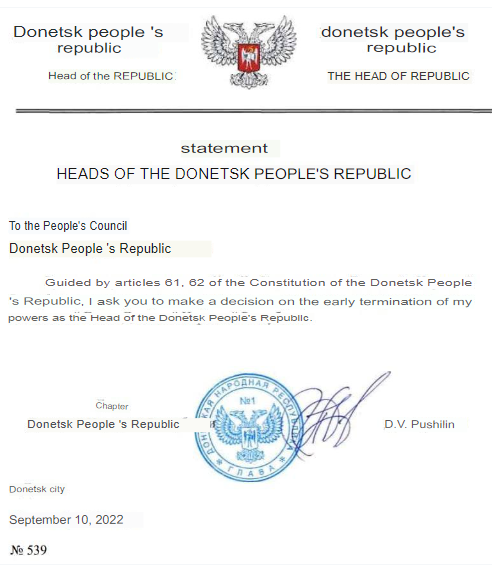 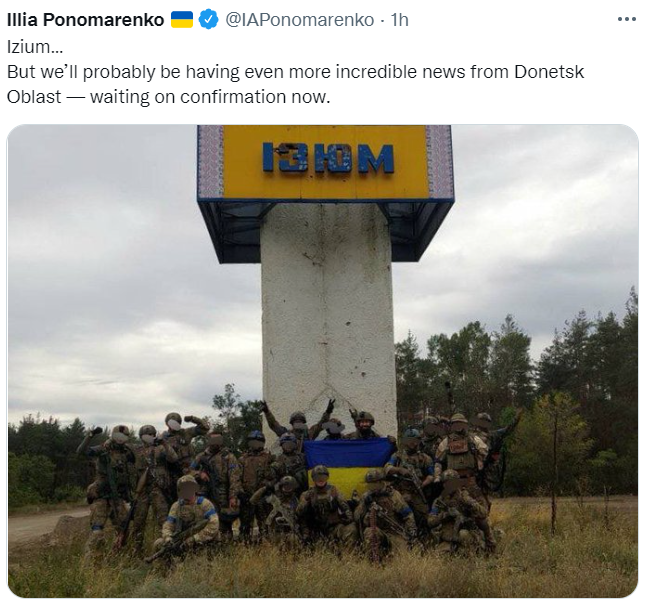 Volchansk liberated! This is a city in northern Kharkiv region near the border with Russia. We are living in a historical moment. pic.twitter.com/DtF6RFmY4g

The former head of the police department in Balakliya was detained by officers of 🇺🇦State Bureau of Investigations in liberated Kupianskt.co/3VDXJI7Q1s pic.twitter.com/M7M7snLJHj 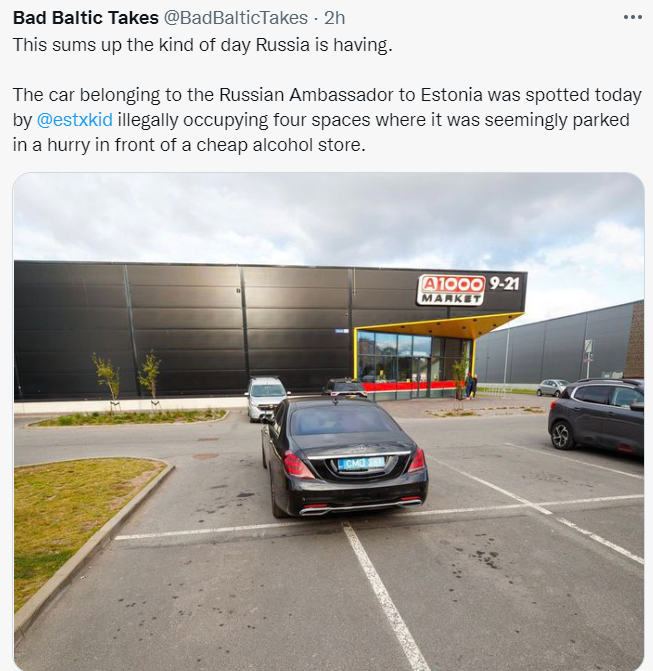 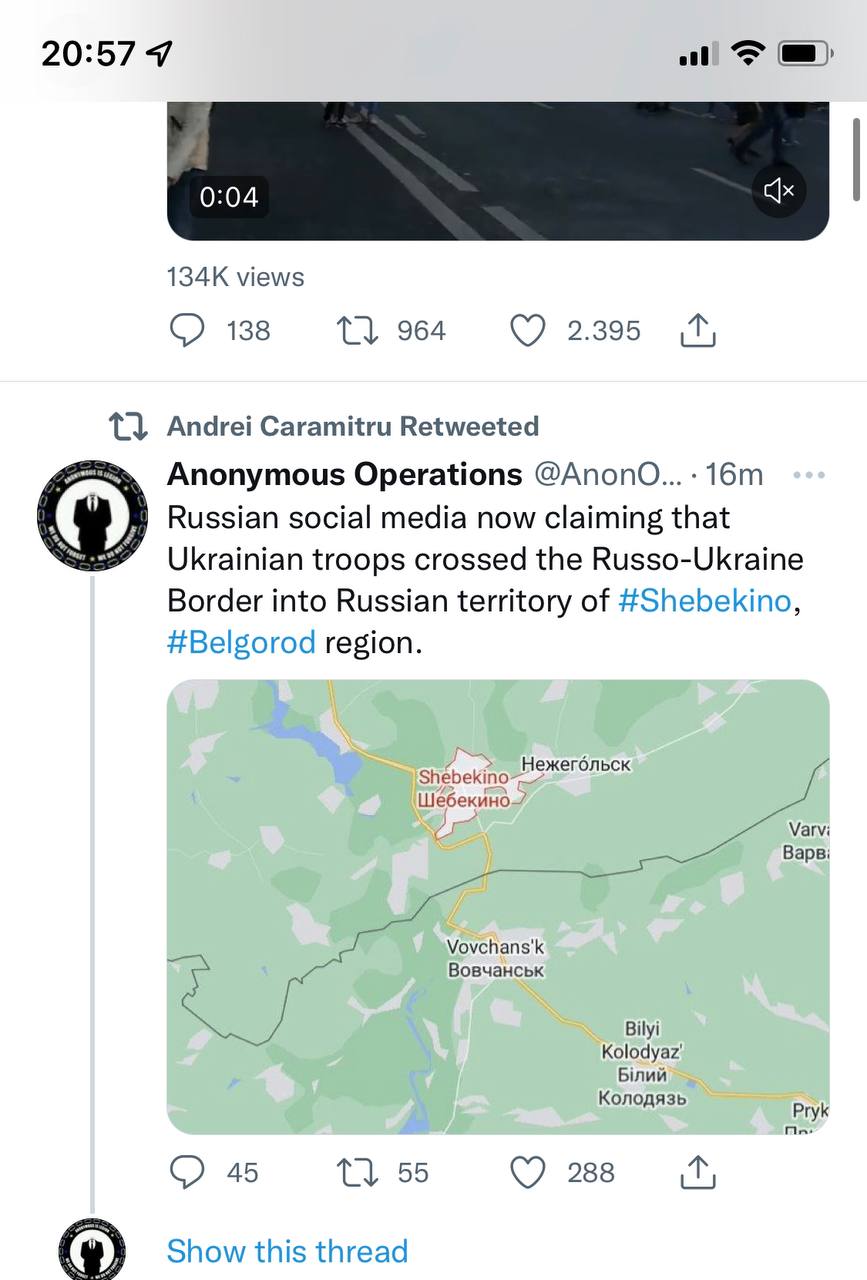 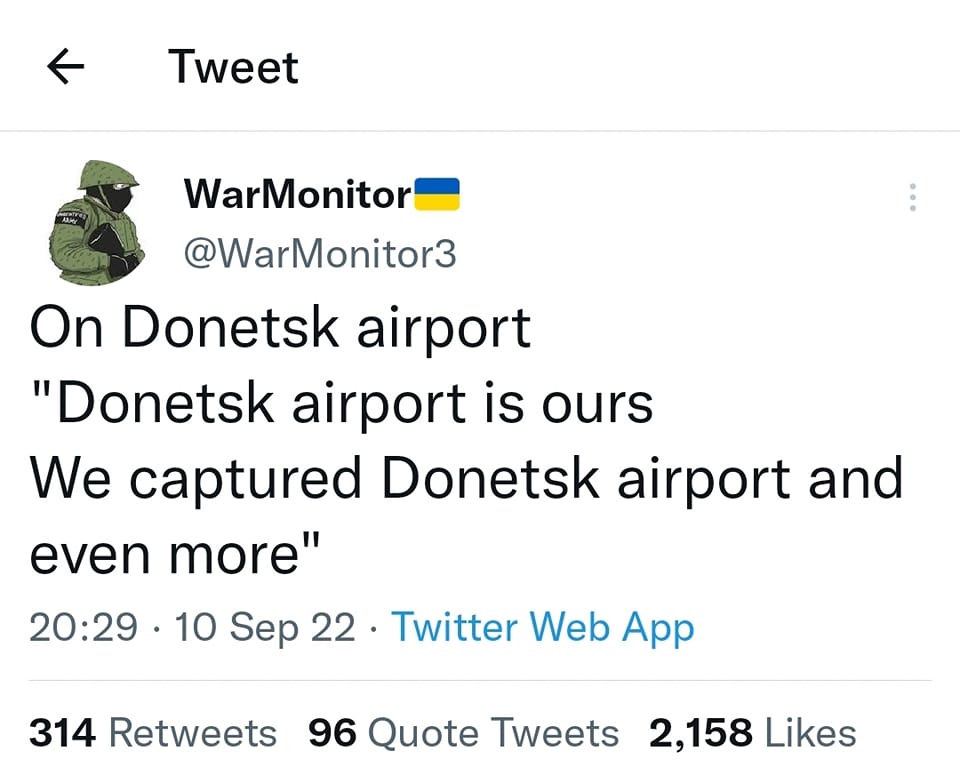 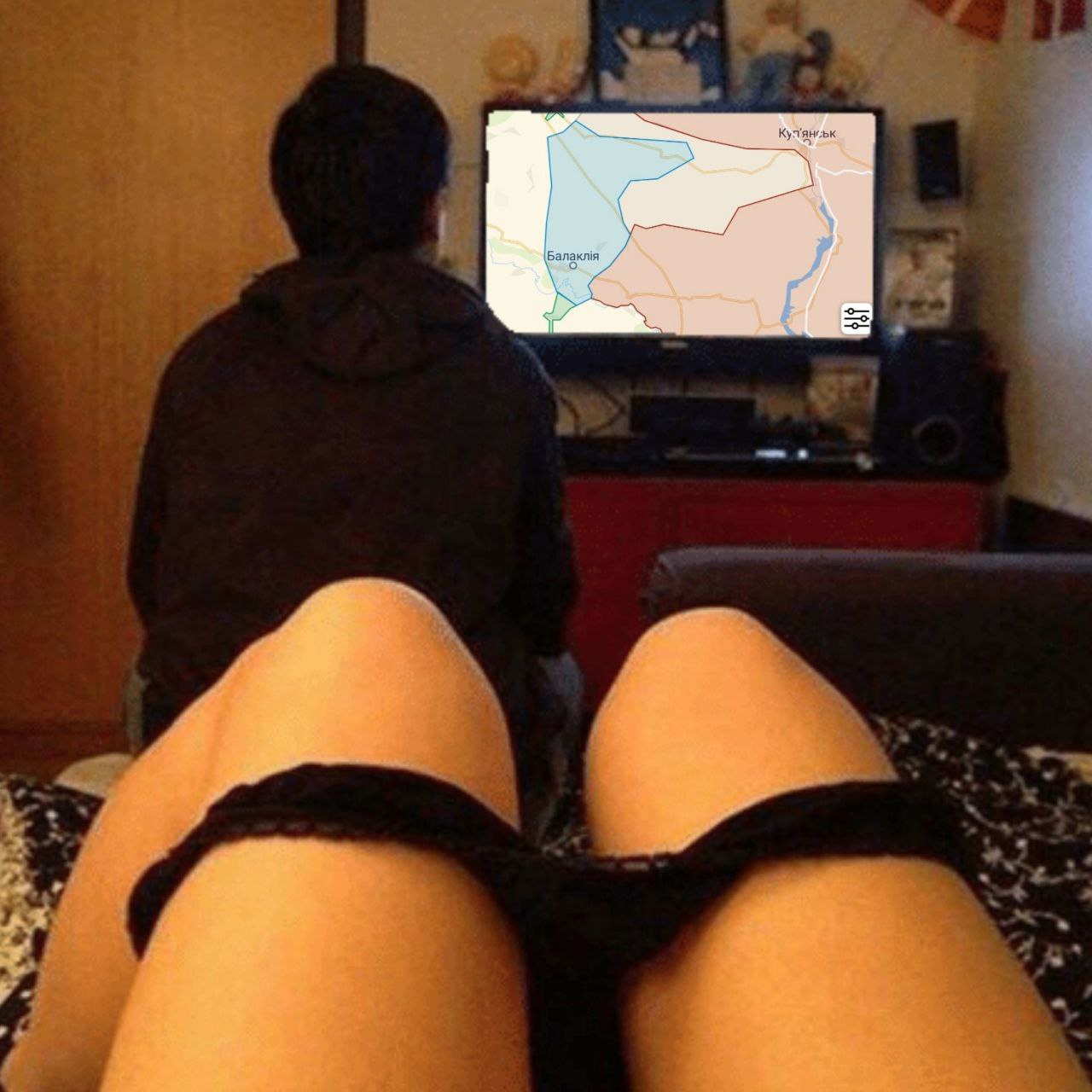 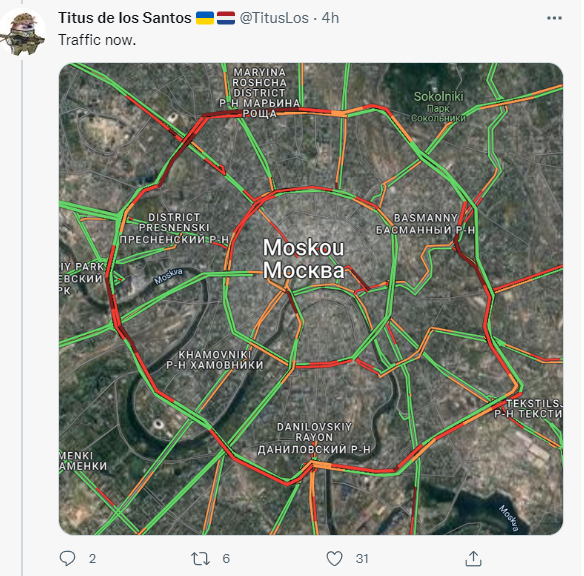 "This is the first time I'm seeing the ring road closed down. Rosgvardiya is moving. The whole ring road is closed, as you can see. First time in my life I'm seeing this. I guess I'll walk […] They're going [east] toward Balashiha" pic.twitter.com/KVWRIhz7Nd

Also, it looks like the commander is standing in the turret at the moment of the explosion. He's propelled upwards and lands on the building of the roof next to the tank several seconds later, which shows just how powerful the explosion was. pic.twitter.com/Zbje1VYAyS

A replay at 10% speed makes this even clearer. Perhaps a Stugna-P or NLAW? Given that the tank had just fired, it looks like whatever its target was fired back at it with quite some effect. pic.twitter.com/thNEsKQyWv

The full video makes clear it was a Russian T-72B3 tank struck by an ATGM. 2/t.co/DCrHqdvCsB pic.twitter.com/UqPOlEHCVY 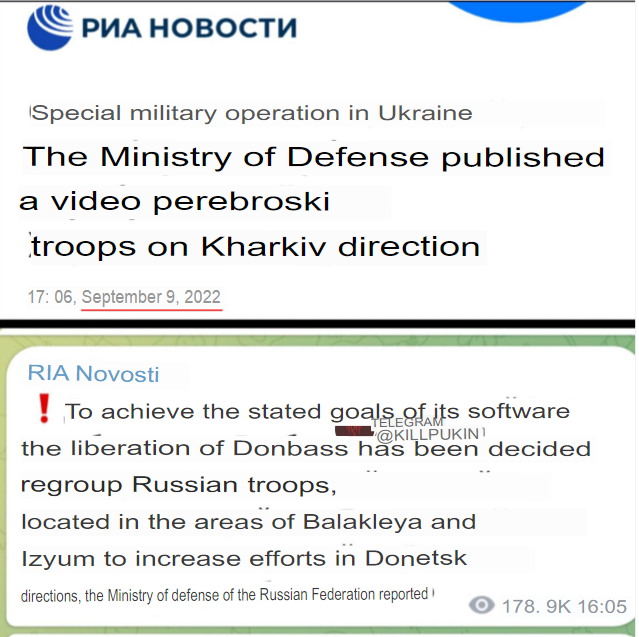 On June 18, Alexander Sidyakin, a representative of Putin's "United Russia" party, announced the beginning of issuing Russian passports in #Kupyansk with the words "Russia is here forever".

On September 10, the occupiers fled the city in just 2 days. pic.twitter.com/uRWjwgp3ro 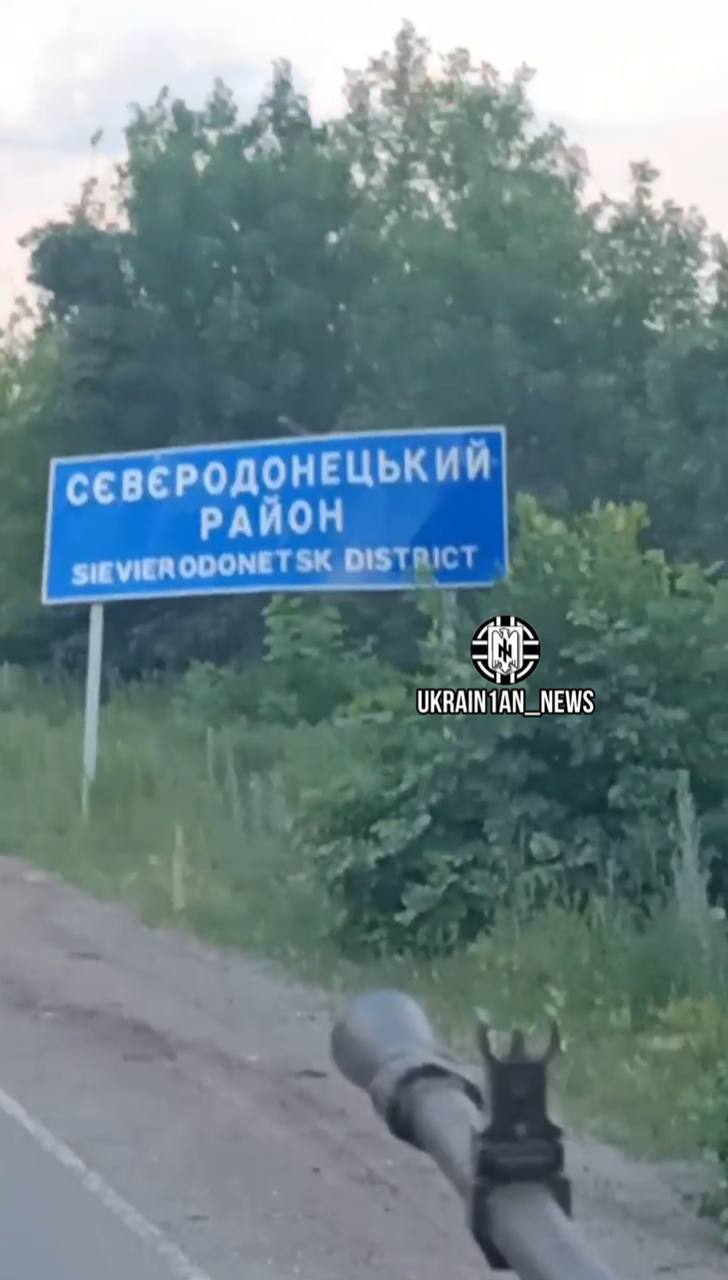 In the past few days Ukraine received a large supply of Soviet style ammunition and weapons, courtesy of the Russian army.

Thanks, just what we need to chase you out even harder!

The security service showed a photo from the occupied Kupiansk, Kharkiv region, in which special agents of the TsSO “A” of the Security Service of Ukraine 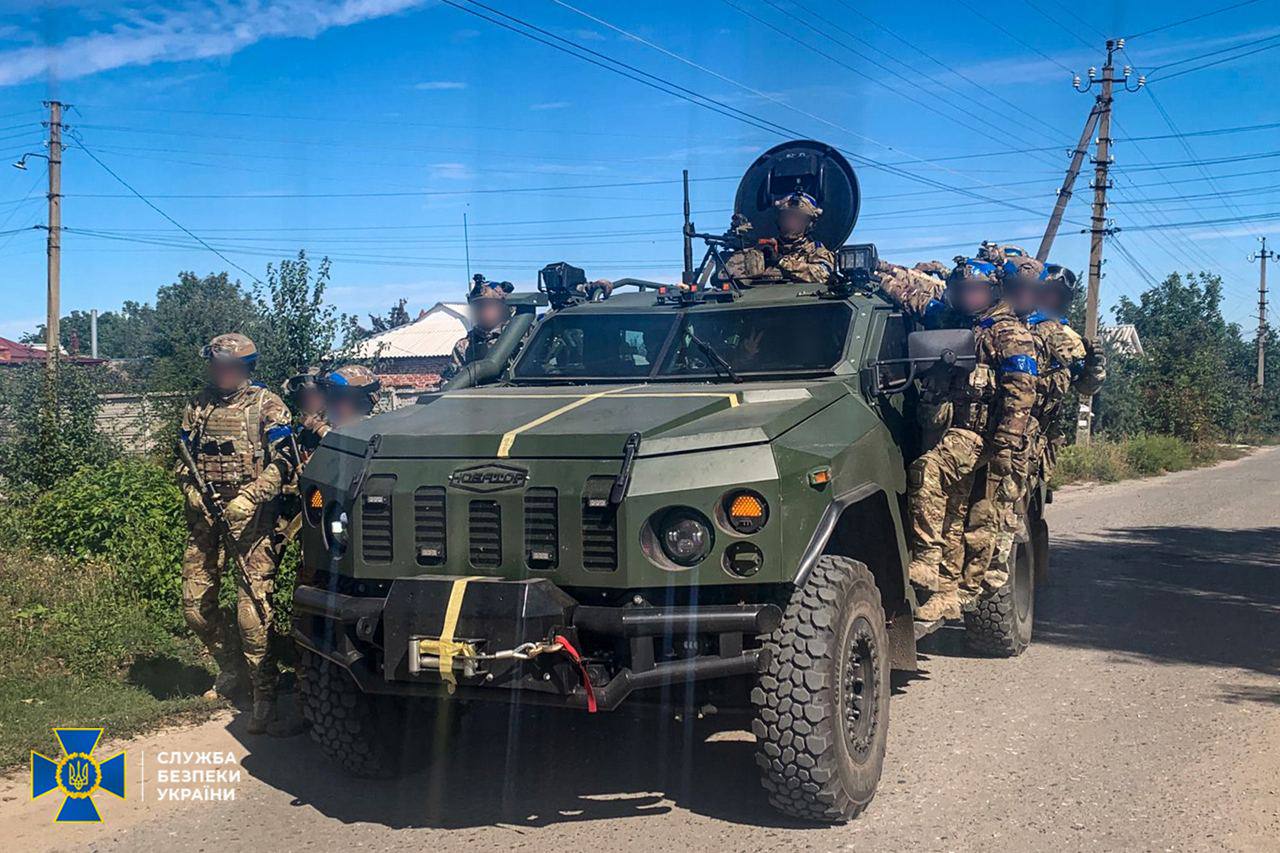 Reconnaissance of the 25th Airborne Brigade is already in Izyum.

If the Russian army left Svatovo as this guy says on camera – and Svatovo is about 60 km from the nearest town taken over by Ukraine – this would be the first case of retreat long before even attempting to defend a long-held position. Something bigger must be brewing inside if so t.co/bhkqlq3kWq pic.twitter.com/ulL0sN2AEv

A common picture in the Kharkiv region.

Units of the Defense Forces of Ukraine occupied the position (most likely the former checkpoint) of Rashisti, where a lot of ammunition remained. pic.twitter.com/CloYmhJMKl 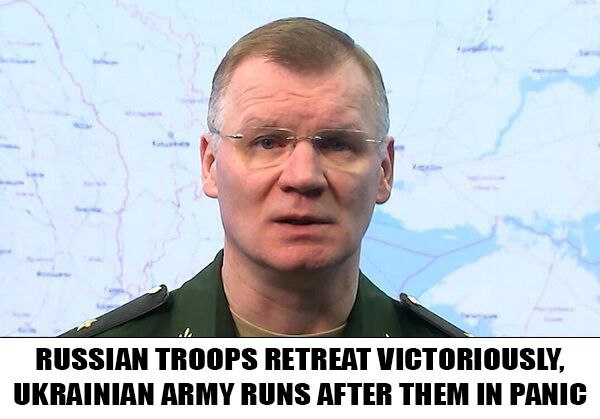 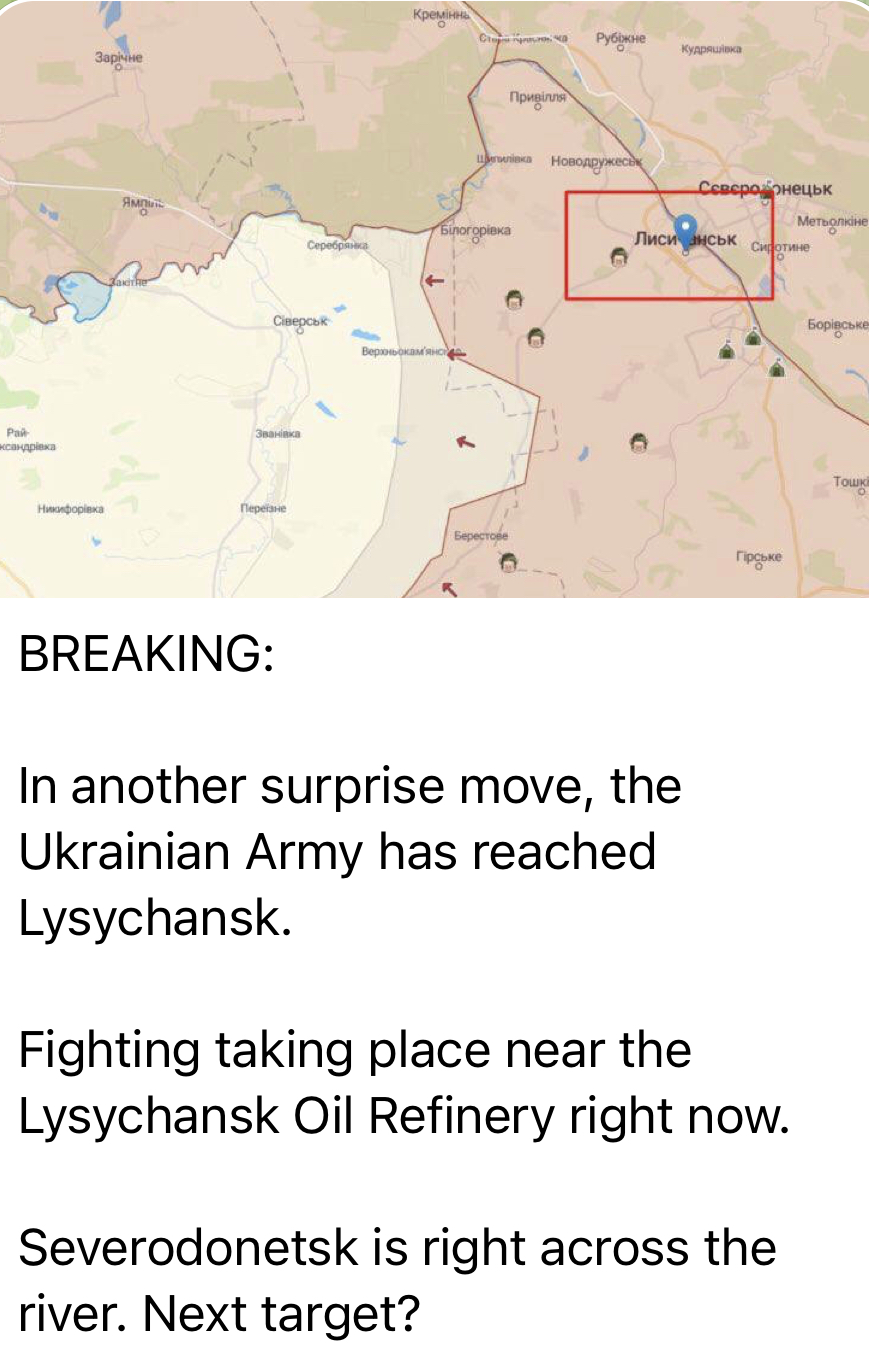 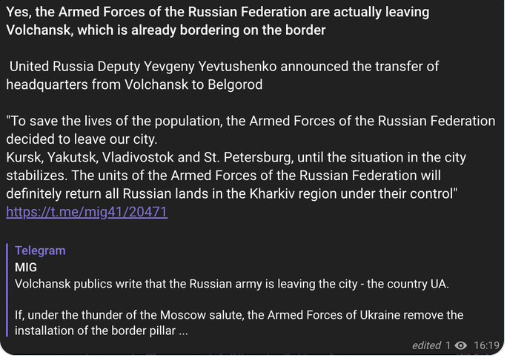